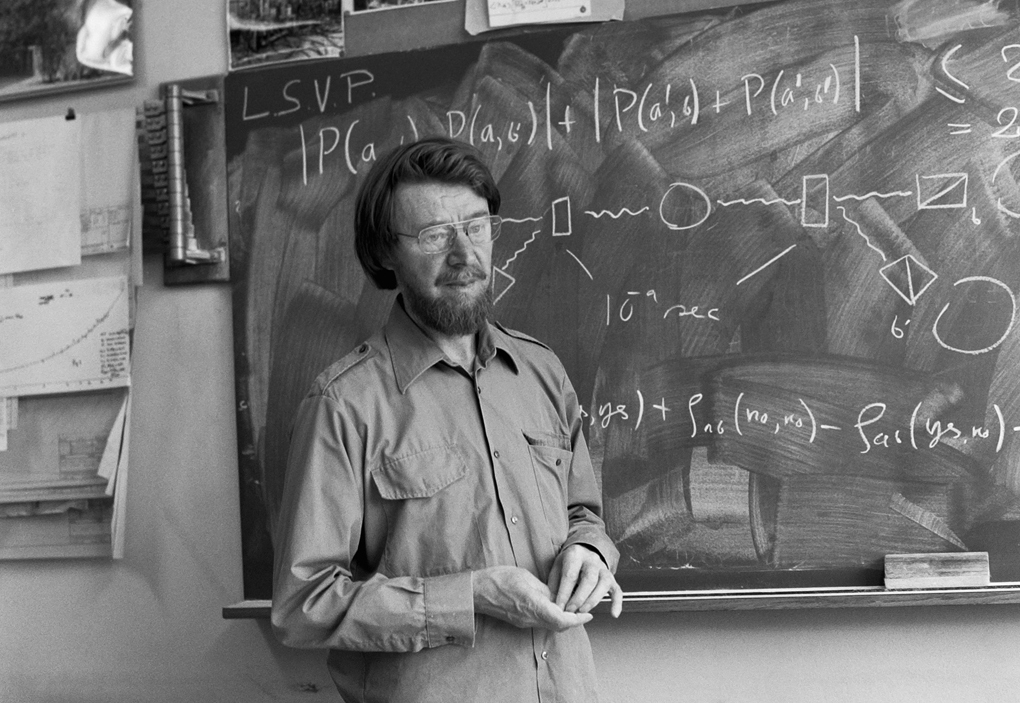 ©CERN: John Bell and his famous theorem, which allowed quantum entanglement to be tested experimentally

This article was originally published on home.cern

The 2022 Nobel Prize in Physics has been awarded to Alain Aspect, John Clauser and Anton Zeilinger for groundbreaking experiments with entangled photons that open a path to advanced quantum technologies. Working independently in the 1970s and 80s, their work established the violation of so-called Bell inequalities and pioneered the field of quantum information science.

Quantum entanglement is a striking example of the difference between the microscopic world and everyday macroscopic experience. When two particles exist in an entangled state, a measurement of one determines the state of the other, no matter how far apart they are. First elucidated by Erwin Schrödinger in 1935, leading to his well-known cat paradox, entanglement was rejected by Albert Einstein as “spooky action at a distance” and sparked a long philosophical debate about the physical interpretation of quantum mechanics. Was it a complete theory, or was the paradoxical correlation between entangled particles due to “hidden variables” that dictate in which state an experiment will find them?

In 1964, the late CERN theorist John Bell proposed a theorem, known as Bell’s inequalities, that allowed this question to be put to the test. Roughly speaking, it states that if hidden values are in play, the correlation between the results of a large number of measurements will never exceed a certain value; conversely, if quantum mechanics is complete, this value can be exceeded, as measured experimentally.

John Clauser (J. F. Clauser & Associates, US) was the first to investigate Bell’s theorem experimentally, obtaining measurements that clearly violated a Bell inequality and thus supported quantum mechanics. Alain Aspect (Université Paris-Saclay and École Polytechnique, France) put the findings on more solid ground by devising ways to perform measurements of entangled pairs of photons after they had left their source, thus ruling out the effects of the setting in which they were emitted. Using refined tools and a long series of experiments, Anton Zeilinger (University of Vienna, Austria) started to use entangled quantum states to demonstrate, among other things, quantum teleportation, which allows a quantum state to be transferred from one particle to another at a distance.

These delicate, pioneering experiments not only confirmed quantum theory, but established the basis for a new field of science and technology that has applications in computing, communication, sensing and simulation. In 2020, CERN joined this rapidly growing global endeavour with the launch of the CERN Quantum Technology Initiative.