Project goal
This project is investigating the use of quantum support vector machines (QSVMs) for the classification of particle collision events that produce a certain type of decay for the Higgs boson. Specifically, such machines are being used to identify instances where a Higgs boson fluctuates for a very short time into a top quark and a top anti-quark, before decaying into two photons. Understanding this process — known by physicists as ttH production — is challenging, because it is rare: only 1% of Higgs bosons are produced in association with two top quarks and, in addition, the Higgs and the top quarks decay into other particles in many complex ways or modes. 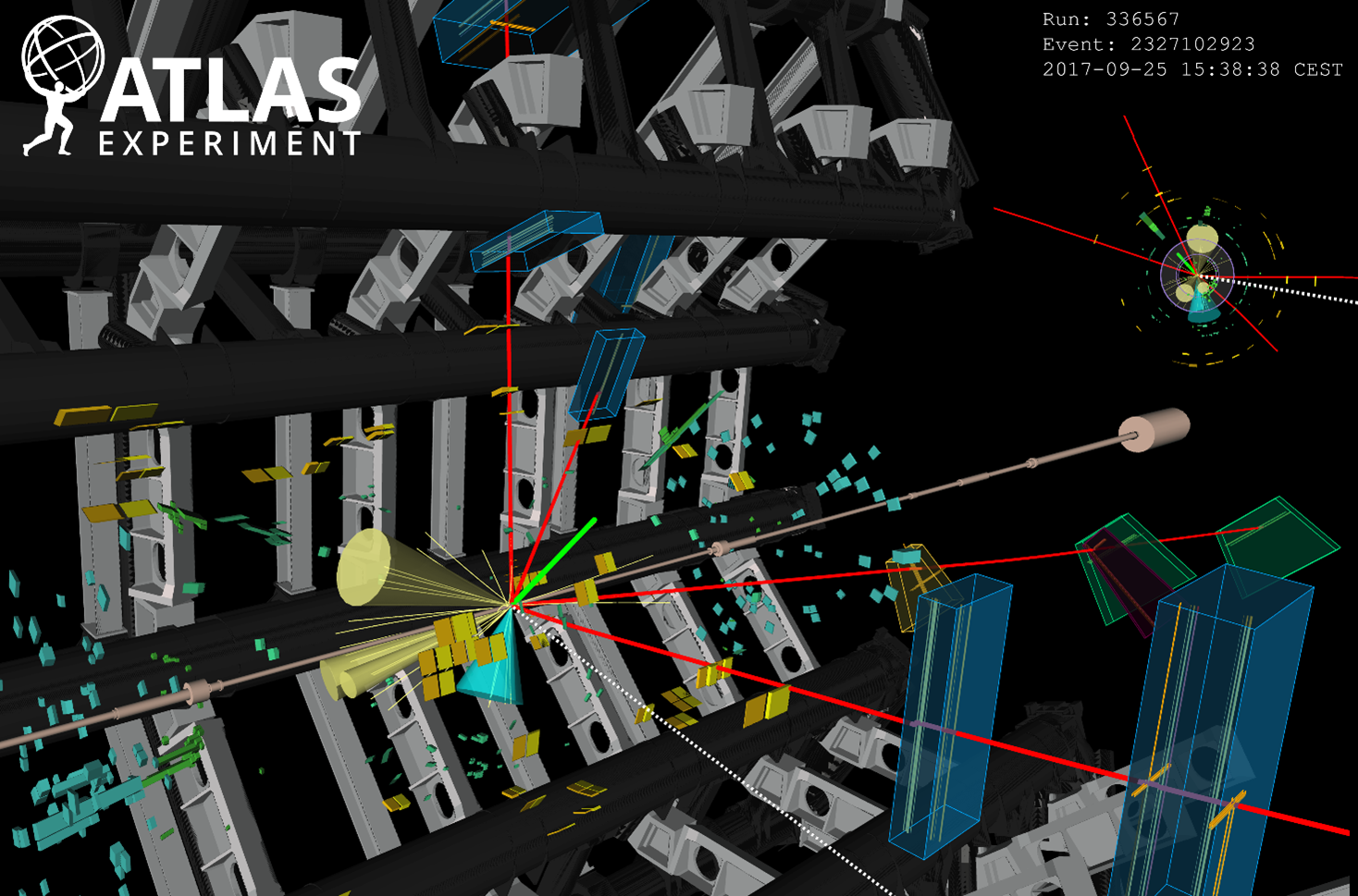 Recent progress
Different quantum classifiers have been investigated, including QSVM and quantum kernel methods. We compared their performance to classical models in terms of classification accuracy, training dataset size and the number of input features. We studied different types of noise and how they affect the final performance. We also compared the results obtained on IBM quantum hardware for two different Higgs decay modes.

Preliminary results, obtained using the quantum simulator, show that the QSVM can achieve performance that is comparable to its classical counterpart in terms of accuracy, while also being much faster. In addition, a quantum neural network was also developed; its performance was compared with that of the other quantum methodologies.

Next steps
We will continue with the optimisation of the models developed so far. The goal is to improve their performance and increase the size of the problem in terms of the number of qubits and training datasets. At the same time, we aim to reduce the classical computing resources needed for the simulation of quantum circuits, which today represent a bottleneck for most studies of this kind. This is a necessary step for creating quantum solutions suitable for more realistic problems.